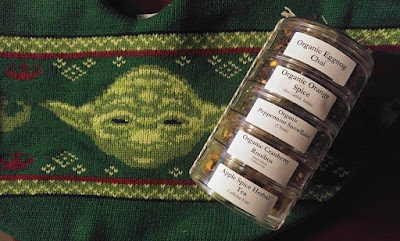 Tea Hugger is a small tea company located in Greensboro, NC. I stumbled across tins of their tea at the Spice Shop at Friendly Center in Greensboro NC and then did some snooping to find out more about them. They have a small booth at the Greensboro Original Farmers Curb Market, where they sell cups of tea and their blends. I made my way up there on Saturday so I could check out their teas and picked up a lovely Holiday Tea set with 5 winter tea blends in it! The first one I'll be reviewing is their "Organic Eggnog Chai", an Assam black tea with lots of other goodies added into it! 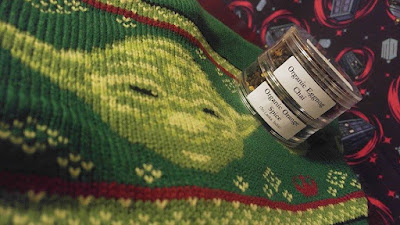 This tea has an amazing look to it. It has lovely tea leaves and lots of cloves, cinnamon and vanilla from the smell of it. This stuff smells amazing.  I was a bit worried because I am not a huge fan of eggnog as a drink but I was really excited to drink this tea based on the smell alone. 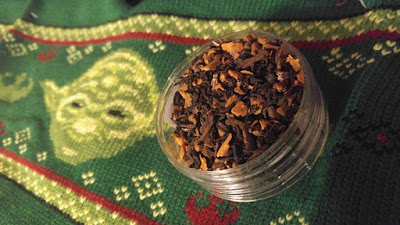 After steeping this tea does have a slight smell reminiscing of Eggnog. It also has cinnamon and cloves and vanilla scents to it. The taste is spicy and nice, not in your face, you can taste the cinnamon and cloves in it and its very refreshing. I was pleasantly surprised since the name "Eggnog Chai" scared me at first, but I really like the taste of this tea. 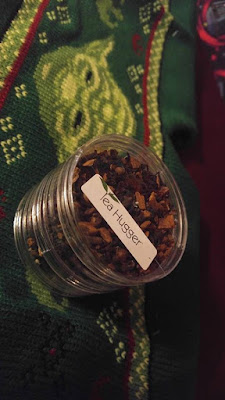 You can check out Tea Hugger every Wednesday (8am-1pm) and Saturday (7am-12pm) at the Greensboro Farmers Curb Market. Or if you are not local to Greensboro, NC you can check them out here online to order their teas!