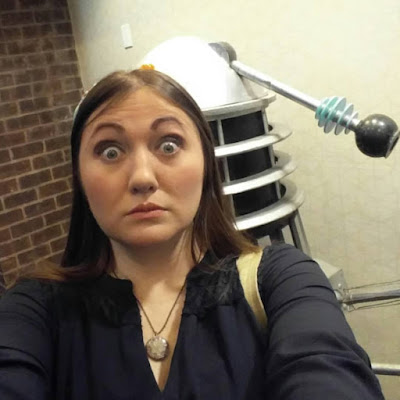 (Re)Generation Who 2 was my 6th convention this year. I work for the convention running their press department, and I love every minute that I am there! Along with running press this year, I also did an interview, played Ukulele for the Davors Variety show and had a book release party for my new Unofficial Doctor Who Cookbook, "Shut Up and Eat 2! The Unofficial Doctor Who Series Nine Ready to Dine Cookbook"

(Re)Generation Who has such an amazing atmosphere. The fans are excited to be there, the guests are excited to see the fans and everything is so inviting and fun! Everyone who works for this con wants to see all the attendees happy and smile about their interactions at the con! It's that simple. And from what I saw throughout the entire weekend, that seemed to be happening! 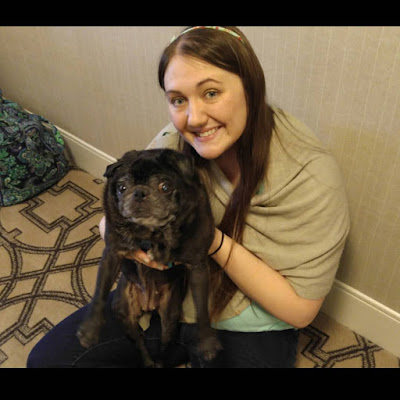 I arrived at the con on Thursday and did a few con related work things, and also got to see a Pug!!! Like I cannot go anywhere without seeing a cute squishy face puggy!!!


My big work started on Friday, getting press running then recording and taking questions in the Frazier Hines and Companions interviews. Both of these panels were amazing, and once I have a chance to edit the videos I'll post them over on my youtube channel! I also got to have a really fun rehearsal with Cat Smith and Terry Molloy, since the three of us were playing in the Davors Variety Show together on Saturday!

Saturday was the day I was most nervous about, my first book release party for Shut Up and Eat 2! and the Davros Variety show, plus working for press all day and helping out on some interviews by taking questions. 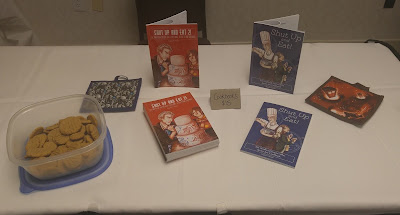 The book release party was first, and it was so well attended, I had no idea there would be so many people in the audience, I was thrilled and it was a bit nerve wracking having a ASL interpreter repeating everything I said! Ginger and Kara were also in attendance and I was so happy both of the fantastic artists who worked on this book and believed in it could be there! 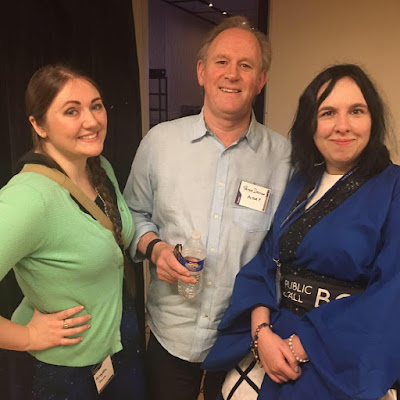 After the book release party I headed straight to the Peter Davison "5-ish Doctors" panel. Kara was interviewing Peter Davison for it and it was a fantastic panel! The stories he told were amazing and the audience had a lot of great questions for him as well! 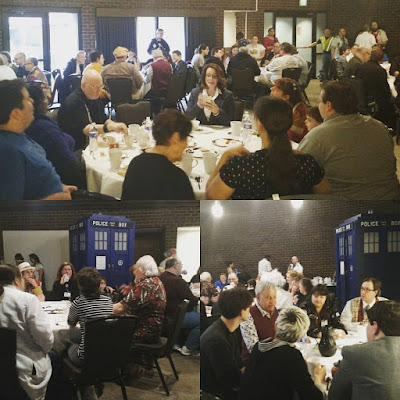 Next up was the "Tea With the Doctors" event. This is such a fun concept, and the fans that attend it always seem to have such an amazing time! I have never seen anything like this at another con. I have seen breakfast with the guests or other inclusive type events, but this tea is such a fun concept.

After the Tea I sat in on an episode of Captain Kyle's Cosplay Spotlight as Osgood. Sadly I did not get a photo during the filming, but once the episode is released I will definitely post a link! (there is a pretty hilarious part where I am doing charades of Doctor Who villains!) 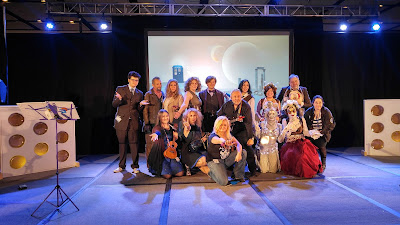 Another event I was really excited for was the "Davros Variety Show" I was asked to play Ukulele with Terry Molloy and Cat Smith, and of course I jumped on the chance, because I love performing and I rarely get to do so! So many other wonderful acts also performed, and the show seemed to really go over well! 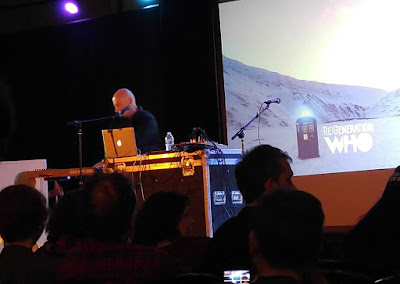 After the Davros Variety Hour it was some work, then the Dominic Glynn concert, I was very excited for this since one, awesome music, and two, I was interviewing him in the morning! The concert was lovely and even had a special appearance by Colin Baker! 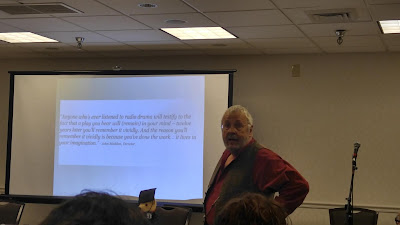 Sunday, the last day of the con, but still lots of amazing panels and events going on! Terry Molloy did his fantastic "Acting for Audio" panel, that is always full of information. I have attended this panel/workshop every time I have been able too and I learn so much every time. 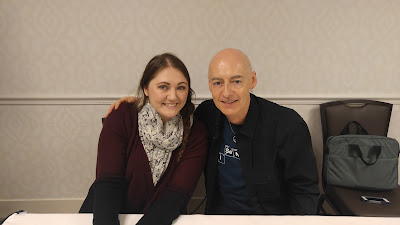 At 1pm on Sunday I had the honor of interviewing Dominic Glynn for the "Music of Doctor Who with Dominic Glynn." This was such an enjoyable time talking about growing up with music and how he became a composer for film and television. I am so happy I was asked to do this interview. It was definitely a high light of my weekend!

The rest of Sunday was spent working for the con. But what an amazing weekend this was! I had been looking forward to it for months, and I was definitely not disappointed! So many of the staff I work with are like family to me, and I am always happy to spend a weekend working with them. I cannot wait until Intervention 7 and next years (Re)Generation Who!