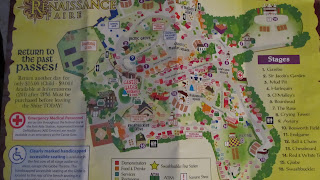 I love going to Renaissance Faires. When I was in college I used to play at the one in Charlotte with UNCG's collegium (I rocked out on some shawm and tenor recorder).  Since then I frequent the Faires in Charlotte and Maryland (and the occasional Raleigh Faire when it was still going on).  However I had never been to the Pa. Ren Faire until yesterday.  I really enjoyed myself. The faire itself was quite small compared to Charlotte or Maryland. 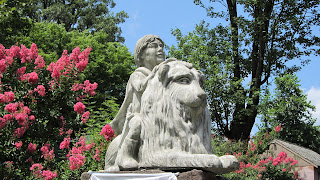 Once we arrived at the faire we immediately looked for food (Since no one had eaten anything that morning, and it was around noon)  I went for the perogies, since they are not that common in the south, and I think they are delicious. Also had a Slush Puppy, since they also do not have them in NC. 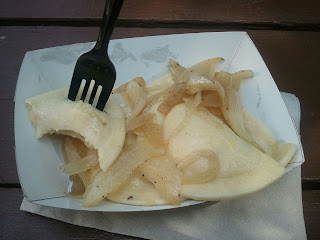 After eating we walked around to see everything that there was to offer at the Faire. There were a lot of Steampunk and Doctor Who costumes around the Faire since it was Time Travelers weekend. This was incredibly fun to see! (I sadly left my Steampunk attire in NC, however it was so incredibly hot outside this was probably not a bad thing). We checked out the Joust, then headed over to one of the many stages and watched a great musical group (fiddle, drums and guitar, sadly I cannot figure who they were out by the map and program). We then walked by the elephant, looked at some of the lovely statues and fountains throughout the grounds and  then we headed over to the wine tasting area. I love different local wines, and wanted to bring something back with me. I got to sample many of the wonderful wines that Mount Hope creates, including their Honey Mead which was quite good. I ended up getting their Apple Wine and Sweet Romance Wine (Sweet White).  The wine at Mount Hope is only sold in Pa. so it is always a treat to bring something new home for my father and I to try! 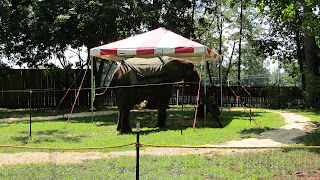 I also snagged some Blackberry and Cranberry Honey from the BeeFolks for my tea. I had been trying my hardest to make my Blackberry Honey I bought last year at the MD Ren. Faire last as long as possible, and sadly I ran out about two months ago.  This stuff tastes amazing in black teas! And since I am always drinking tea I had to get some more. For those of you who are not familar with the BeeFolks, it's a company out of Maryland that makes flavored honeys as well as beeswax candles and other items. I only ever see them at Ren Faires further north so was happy they were here.  I also snagged 1oz. of Pumpkin Spice Tea as well. 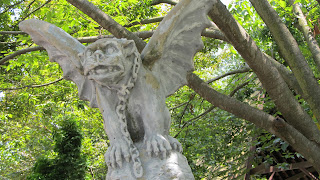 Overall one great day! Even if it was crazy hot! I decided to not go in full Ren. Faire garb since it was so hot, so I wore my peasant top, bodice and blue jeans, which was a wonderful idea since yeah I remember why I love Ren. faires in the Fall, the weather is not blazing hot!  But even with the hot weather I still had a great time and will hopefully be able to go back to the faire again at some point, if not again this year, maybe next year! 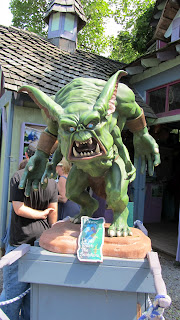