Star Wars Celebration is every Star Wars fans dream to go too. They have tons of guests, lots of amazing dealers, and loads of fun stuff going on.  This was my second time attending, since for CV and CVI they were on the east coast. I will take any excuse to go to Orlando since it also means I can go to Disney World and Universal Studios as well. 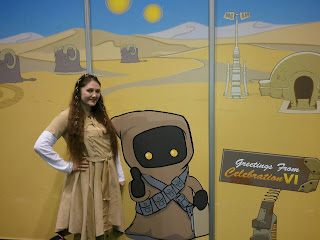 I only attended the convention for Saturday, but I had a great time! I scoured the huge dealers room, which has pretty much anything a Star Wars Fan could want to buy. I ended up picking up a CVI shirt, a HerUniverse Mara Jade shirt, a CVI coffee mug, and a R2D2 ice cube mold. I also got a free Star Wars novel since I just happened to be passing by the right booth at the right time. After walking around the dealers room I met up with my lovely friends Allegra, Alyssa, Cord and Matt. We all walked around in our costumes and got photos taken, checked out the artist alley and got a group shot on the giant Jabba the Hutt replica. 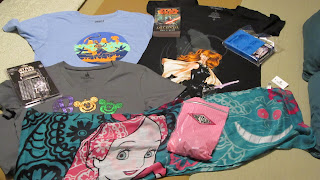 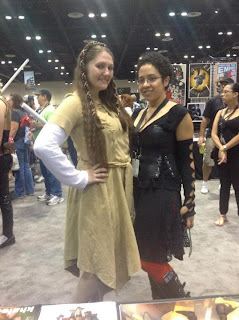 The convention was also filled with some pretty cool looking cars with Star Wars paint jobs. Some awesome prop replicas of a Rancor, Jaba the Hutt, A Millennium Falcon cock pit, a Catina scene, as well as many, many others. Over all making the atmosphere at the convention amazing! Over all I really hope Celebration VII is close in two years because I would love to go again! 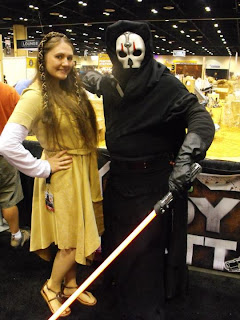