So the date and DVD cover have been released for the US release of Porkchops or as it is being called Porlchop II!! The DVD will be released through Alternative Cinema on Sept 25, 2012. If the release is like Porkchop I then it will be available at F.Y.E. (as well as Target.com, Walmart.com, Barnes N Noble.com and so one)

I am super excited for it being released so soon! and if you cannot wait until Sept. to see it on DVD, the film will be screaning at Fright Night Film Fest in Louisville KY (www.frightnightfilmfest.com) June29-July1st. (where you can also see a few of my other films like Mr. Bubbles, Scarecrow at Midnight and Foodie!) 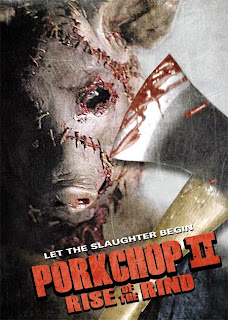