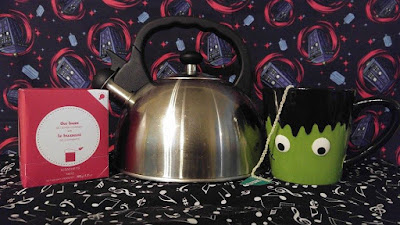 While visiting King of Prussia Mall I made it a priority to stop at David's Tea. I had walked into this store during my last trip to the mall (which is quite far away from me) but had not purchased any tea when there last, I made sure to get something this time to try. 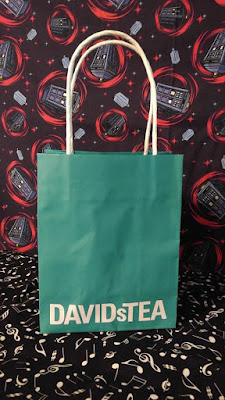 I had never heard of David's Tea, but read a little about them on their webpage. They are a small Canadian company that opened their first store in 2008. They make 150 different types of teas including exclusive blends. I got to try some samples while in the store, and they were all so yummy (I was a little cautious of the one named "Cotton Candy" because of the name, but it was very good. 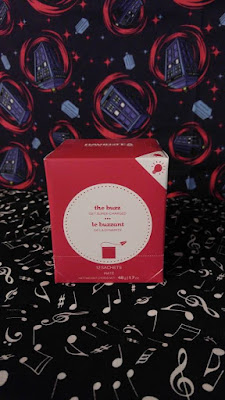 I picked up a box of their Mate' tea called "The Buzz". The box has 12 tea sachets in it and retailed for $10.00. The packaging is very nice, the bags are individually wrapped in plastic, and the tea bags themselves are made from a cloth (very similar to the way Kusmi teas bags are made.) The box also says the sachets are 100% oxo-biodegradable. 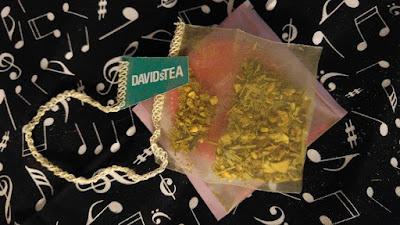 The tea has a very strong ginger smell to it, with a licorice/orangey faint smell to top it off. One thing that drew me to this specific tea from the other ones they offered in their tea bags selection that they had (maybe a variety of 10 or so tea bag boxes in the store I was at) was the ingredients. They were; Ginger, Matcha Green Tea, Yerba mate', Quince, Apple, Lemongrass, and others. Which to me seems like a very interesting combination, so I really wanted to try this one! 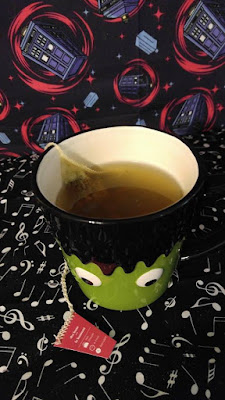 The taste is a wonderful mate' tea with the taste of ginger, lemongrass, and ginseng. It has a ginger aftertaste to it, but that is not a bad thing. I could see this being an amazing tea to drink when you have a sore throat because of that one factor. This tea would also be great on cold mornings because it warms you up.
They do mail order from their webpage if you are not lucky enough to have one of their stores near you (which sadly, I am not lucky enough, since I really want to try some of their other teas and tea blends!)