Traid Anime Con is a convention that is located in Winston Salem, NC! Which is close to where I live, I worked for the convention all weekend, but talked my parents into bringing  out a special little guest to the con for an hour or so on Sunday! Jimmy got all dressed up in his Poe Dameron ( Pug Dameron) cosplay and made his way to the con! 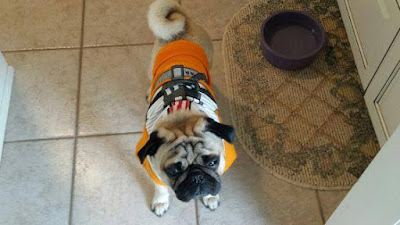 Jimmy arrived at the con and was instantly greated with people who wanted to pet him and see him! He was pretty popular! Every since we got Jimmy, my parents and I have been making sure he was good with people and other dogs, he loves playing with other friendly dogs (like his cousins Mally and Stella) and being around people! This time at the con would be the ultimate test for how well he did in groups of people! 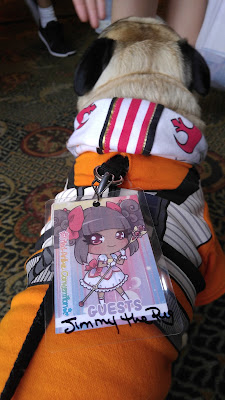 He even got his own little Guest badge for the con, because what con can say they had a cosplaying Pug on their guest list? Triad Anime Con, that's who! 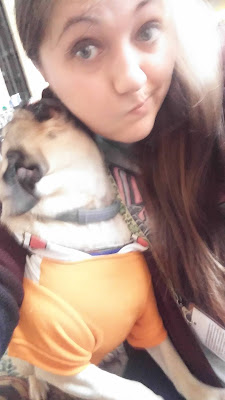 Jimmy also had to let me know he had missed me over the last few days, since I had been away for a few working at the con! He gives the best little puggy kisses! 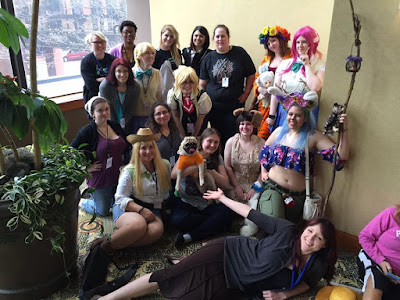 He even got to get in on the Fandames group photo! He was quite the ladies Pug! 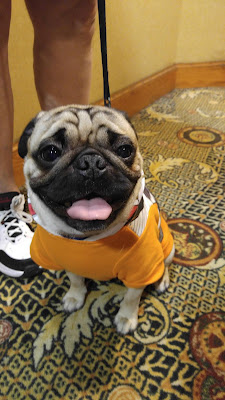 After hanging around the con for a few hours and meeting all his new friends, he was ready to go home and take a nap! I mean come on all X-Wing pilots need some time to rest too! 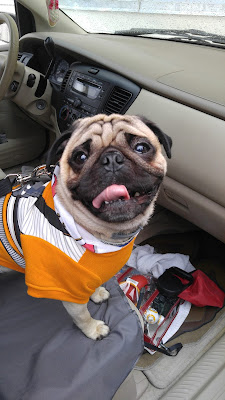 All latched in the car and ready to go home where all the yummy snackies are!  Thank you so much Traid Anime Con for letting him come out and visit for the day! I know a bunch of people enjoyed getting to meet him and he had a blast getting all the pets and attention! 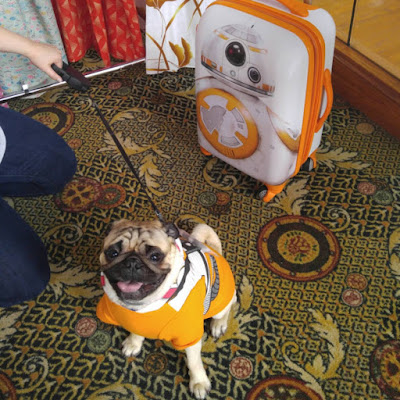 Jimmy did so well at the con, he was a little skittish when people just ran up to him (which I asked them not to do) or when people were overly loud. The only time he barked was when a lady walked by with a puppet that had bells on it, which I think the thing scared him. However he barked and once it went away he was back to walking around getting pet! He also found himself a BB8!!