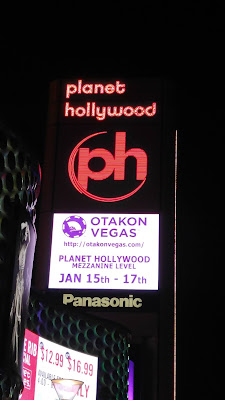 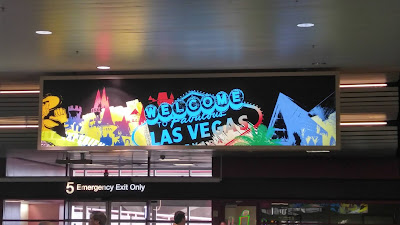 The downside to the trip? I sprained both of my ankles and they were swollen to the size of grapefruits and bruised pretty bad. (and stayed that way for over six weeks....) 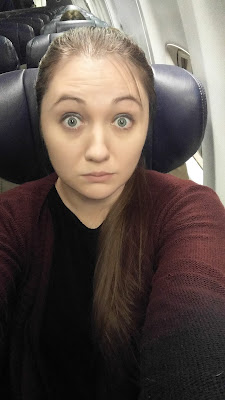 The Vegas adventure started for me on Wednesday before the con when I flew into Vegas with a whole bunch of Otakon Vegas staff. It was super early and I was sleepy, so you get silly photos of me on the plane! 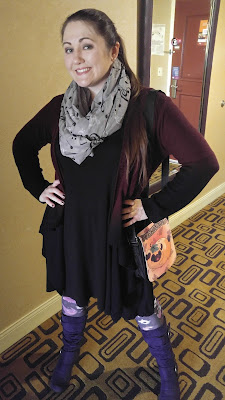 We got to Vegas and got into our hotel (Planet Hollywood, where the con was taking place!) My first mission was to go get food, and an ace bandage, because my ankle was screaming at that point! However I was very proud of myself for making sure I didn't look like a bum during the flight! 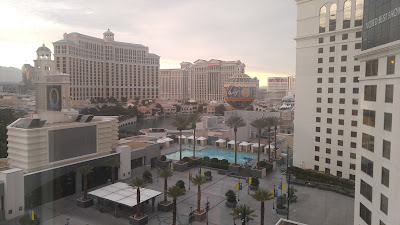 Before I post photos of food, lets talk about how beautiful this view is from one of the hotel rooms I was in. Such a great view! 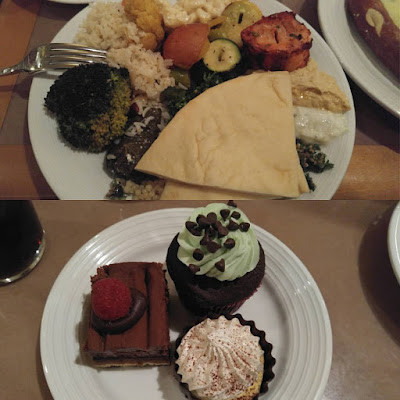 For dinner we went to the Paris buffet and OMG! it was AHmazing! 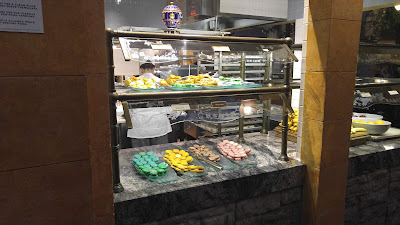 I was way more interested in the deserts, like this French Macaron spread! Look how amazing they look! 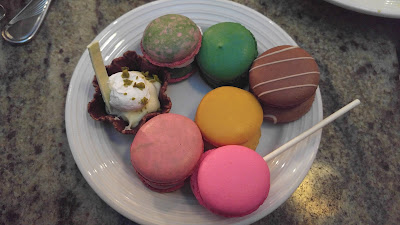 Next it was to the Spice Market Buffet to stuff my face with food! And yes I ate all of this. It was delicious and my tummy was very happy after it! 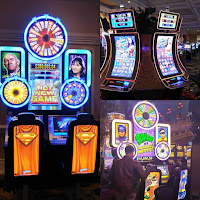 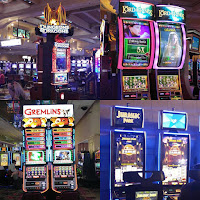 I made it my goal for the trip to find all the Geeky slot machines and take a photo of them, I found a bunch, but I am sure there were more! I also made my way to the ABC store, which I was excited about since it meant cute Hello Kitty Vegas items! (which I got a shirt and socks with Hello Kitty being her fabulous self on!) 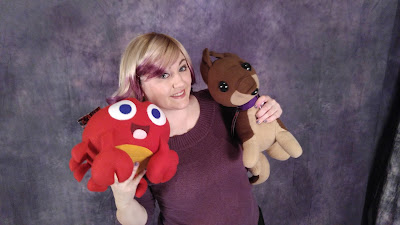 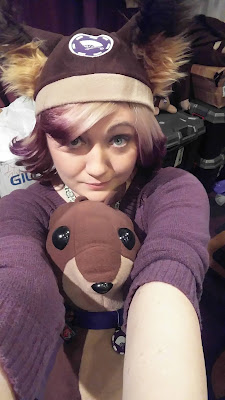 Even snatched a few of the Otakon Vegas items too, to promote them! 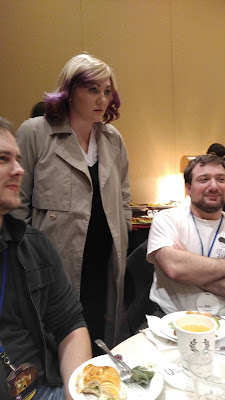 I then got to get ready and act as Detective Lyra in the Otakon Vegas Murder Mystery Theater show! This was an absolute blast! The audience had a great time and I got to run around and be a detective and solve a murder! 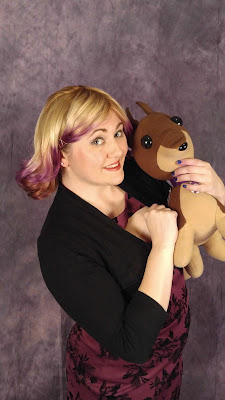 Saturday was the Otakon Vegas ball, so I got all dressed up as Lyra with my date, Ace! This was probably the hardest outfit for me to wear, because heels and sprained ankles don't go together! 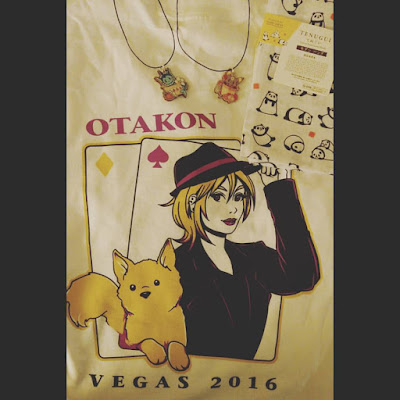 I did get some cute items at the con too! Two super cute Pokemon Necklaces, a OV shirt and a panda Tenugui 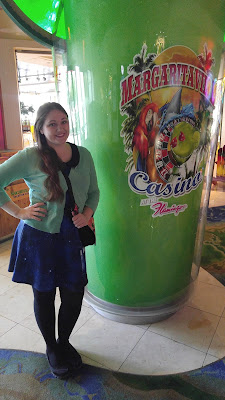 Once the con was over I had a day to check out Vegas, so I walked around to a bunch of the hotels and looked around in shops, also got some yummy Ramen! I had to visit Margaritaville for my parents and get them something! 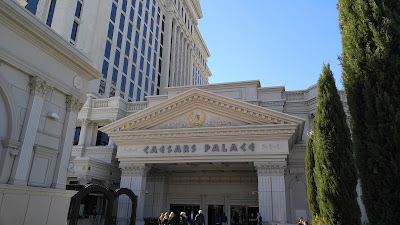 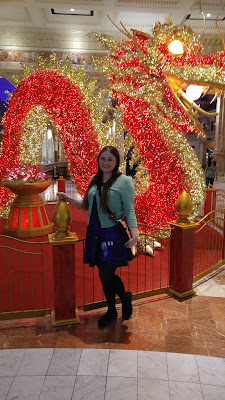 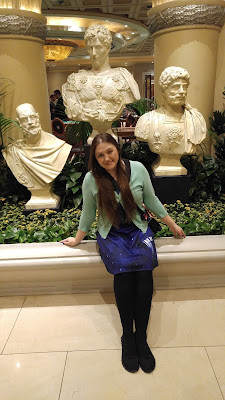 Also checked out Caesars Palace! This hotel is amazing! It is so pretty! 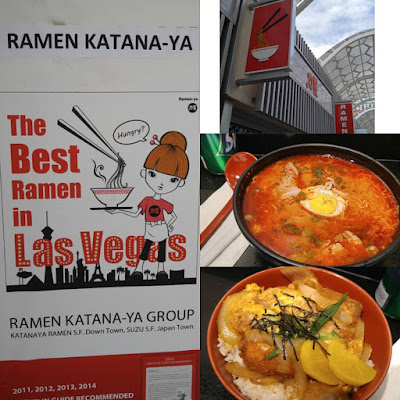 I was happy to find a Ramen shop! I got the spicy miso ramen, it wasn't the best Ramen I had ever eaten, but it was still very good. The Katsu Don was also really good! 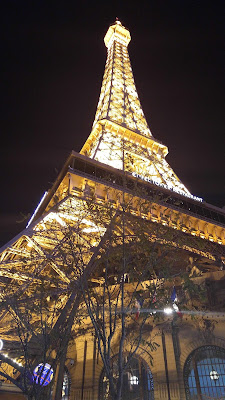 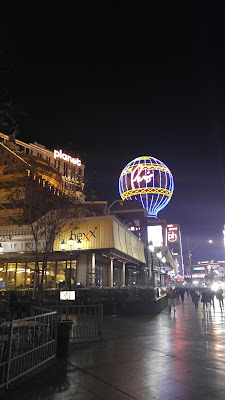 I then spent my night eating at the Paris Hotel and getting to see Vegas at night, which is beautiful! The last time I went to Vegas, two years ago, I got to go up in the Eiffel Tower, since it was my birthday and they let you go up in it for free. This year it was a couple weeks after my birthday, so I just enjoyed this beautiful tower form the ground! 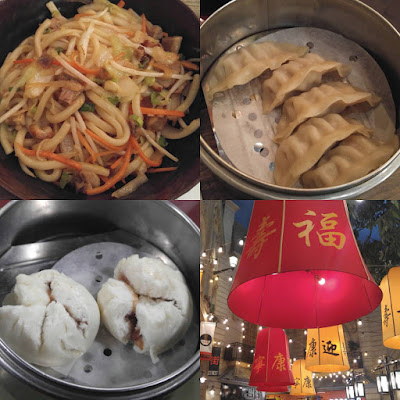 I also got to eat delicious Chinese dim sum for dinner! Which made for a great ending to an amazing weekend in Vegas working a con!