The Thicket in More Film Festivals! 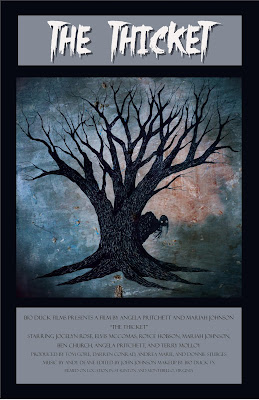 So more film festivals for The Thicket coming up! It has been selected for two more film festivals that will be happening in November! I also put the other two that have not happened yet that I announced before in this post too, since we want people to go out and check out our fun film! 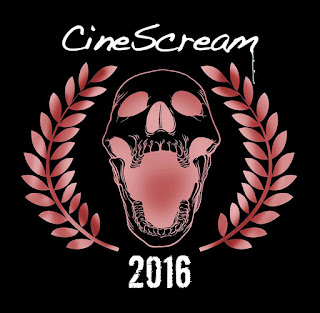 CineScream is the first festival we have coming up in October. It will play at the Geeksboro Coffee House in Greensboro, NC on Sunday October 16th! Proceeds from this film fest go to a great cause and you can check it all out here!

Starting November off right with two film festivals playing The Thicket on the same weekend! The first being Sick Chick Flicks Film Festival in Cary, NC at The Cary Theater on Nov. 5th. The Thicket plays as part of their "Scary Tales from The South" block that starts at 3:40pm and runs until 5:40pm. The Thicket is also up for best regonal NC film so excited it got a nomination too!
You can find more info here about the festival here! 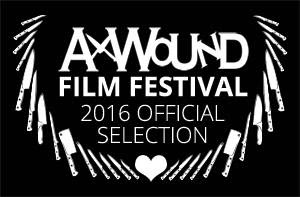 I am super excited to announce AxWound Film Festival! This is an all female film fest, in Brattleboro, Vermont taking plave on Saturday November 5th! Once they announce the times of films I will post those, but I am so excited that The Thicket will be apart of this all ladies horror film festival! You can check out more info here on the festival! 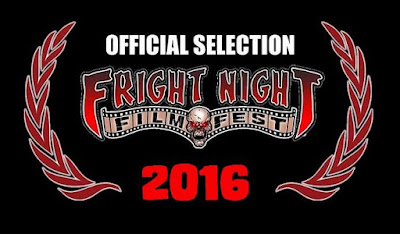 The last film festival I have to announce is one I always LOVE having films at! Fright Night Film Festival! Fright Night Film Festival is in Louisville Ky. on November 25th-27th. They have a full convention going on along with the film festival, with a lot of awesome guests. This con is always a really fun event to attend also! Check out more about the Festival and the convention here.