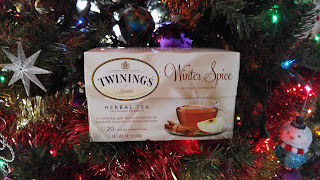 One tea I was not sure if I would like or not but gave it a shot this holiday season was Twinings of London's Winter Spice Tea. I am not a huge fan of camomile tea, but since the flavors with this tea were stuff I liked I decided to try it (And I LOVE Twining's Christmas tea) 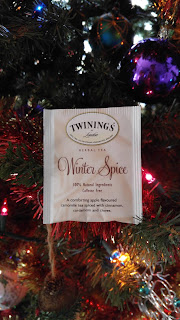 The box says "A comforting apple flavored camomile tea spiced with cinnamon, cardamon, and cloves."  I was very happy I took the leap and tried this tea out. It tastes like apple cider and tea mixed together, which is marvelous! And it is a tea that is great to drink at night, since it is caffeine free, so it wont keep you up if you are one of those people that caffeine at night bothers. 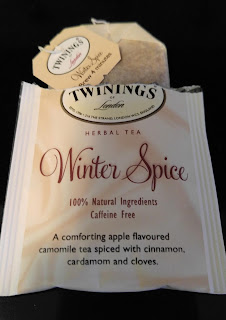 The tea also has a great apple smell (even just opening the box you can smell this deliciousness!) I was very surprised I liked this one as much as I did, and I am very glad I tried it this year (since I opted not to last year when I saw it and just bought extra Christmas Tea instead.) If you aren't a fan of camomile but like apples and cinnamon, I would still give this tea a shot! Hopefully you will be as pleasantly surprised as I was! You can find the Winter Spice tea online here! 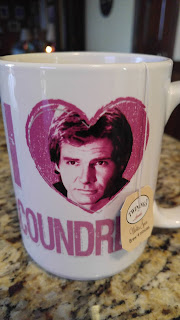