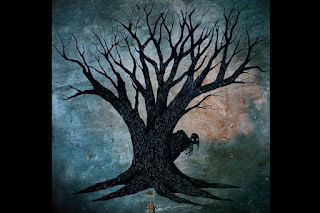 Back in May I, along with one of my best friends, Mariah Johnson, directed a short film (our third film directing together) titled The Thicket. 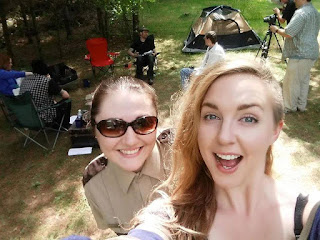 We spent a total of four days filming the short film with a lot of amazing actors! 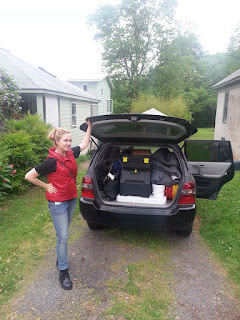 We even have a fantastic actor voicing a character in the film, Terry Molloy (who many of you may know as Davros from Doctor Who, as well as the many amazing dramas he has voiced!)
the film is now getting ready to be edited! I am so excited for this film and cannot wait for it to be out for you all to see! Here is a sneak peak behind the scenes photo of the editing process! 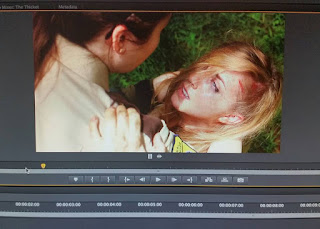 This film was made possible by a lot of fantastic people donating to our Indiegogo fundraiser so it could happen! I really want to say thank you to all of them here!

without your help we would not have been able to make this film a reality! Mariah and I cannot wait for you all to see the hard work of all the actors, crew, and the two of us!
This is our biggest short film yet and we are so grateful and excited for it!
Posted by Angela at 3:00 PM